Some jurisdictions are considering, have considered, or have even passed, measures that decriminalize the possession of psychedelic mushrooms. This means that those “shrooms” are now going to become more prevalent, and as that happens, people often discuss them more frequently, and often in the context of other drugs, their comparative safety, and the effects of each.

One of the drugs that are often talked about in comparison with shrooms, is LSD, also known as acid. While both shrooms and LSD are potent hallucinogens that can dramatically change how an individual perceives the world around them as well as themselves, they are both incredibly different drugs. They come from drastically different sources and cause different effects on the users.

Shrooms vs LSD: The Difference

Lysergic acid diethylamide, or LSD, is a compound that is purely synthetic and not found anywhere in nature. It was first created by a scientist in Switzerland in 1938, while they were researching various derivatives of ergot. Ergot is a fungus, or a mold, that grows on rye and other grain, and ingesting the fungus can cause serious health issues, including death.

LSD is a pure white substance that is crystalline in structure, and void of any smell or taste. It is more potent than any other common street drug and is measured out for consumption in micrograms, and a functional dose is invisible to the naked eye. When LSD is prepared, it is often suspended in an alcohol solution for storage and administration.

This alcohol solution is the primary vehicle for administering LSD. The most common method of ingestion is the blotter, which is a sheet of paper, perforated into small squares that resemble tiny postage stamps. These sheets are soaked in a tray of the LSD and alcohol solution, and it is allowed to evaporate, leaving the LSD on the paper. The papers are then separated along the perforations and put on the tongue to ingest the LSD.

LSD can also be dropped directly onto sugar cubes or gummy bears and ingested like that. It can also be mixed with gelatin and pressed into molds, creating what is known as gel tabs. These have a much longer shelf life and are often made with much more potent dosages. Since there are a wide variety of shrooms, they have a number of common appearances. There are mushrooms with colored caps, spots, and mushrooms that are plain, brown, and unassuming. While many are easy to recognize to the trained eye, novice mushroom hunters can be at serious risk of poisoning if they harvest and consume an incorrect mushroom. For example, thinking they are harvesting a mushroom known as a liberty cap, that can be confused with any of dozens of highly toxic brown mushrooms that grow everywhere.

Shrooms have been widely documented, and have a scientific history that dates back to their discovery in 1799. They were also studied much more intently in the mid-1960s when the signature hallucinogenic compound was first isolated.

Unlike LSD, shrooms rarely cause the intense audio and visual hallucinations and delusions that are the trademark of the LSD trip. Instead, they affect the users’ perception of the people, objects, and general reality around them. Once the user ingests the mushrooms, often in a brewed tea, the effects can begin to set in in as little as 30 minutes, and will usually last for about 4-6 hours after dosing. There have been cases reported where users experienced the shroom effects for several days following ingestion.

LSD produces intense visual and auditory hallucinations and delusions in the user. Once the user has taken the LSD, or “dropped acid” they will have approximately one hour before the LSD begins to fully take effect. When the trip begins, it will often last for about 8 hours, with higher doses such as gel tabs lasting for 10-12 hours or more.

Both produce intense feelings of euphoria, and can be accompanied by the following symptoms in some cases: 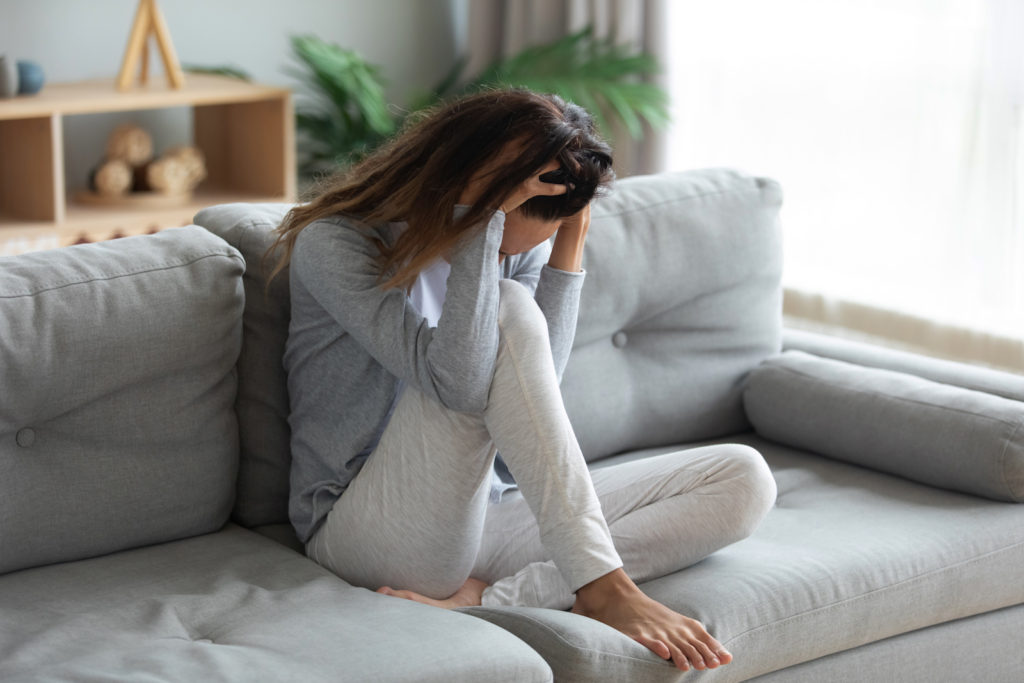 While neither shrooms nor LSD creates any significant or lasting chemical dependency, nor has any demonstrated physically addictive potential, there is the potential for eventual psychological addiction, leading to abuse.

Users can become enamored with the effects of the trips and can want them more and more as a method of escapism. This can lead to an increasing frequency of use, as well as the potential to begin taking increasingly larger doses to gain new experiences.

In LSD, there has been a noted effect of people getting a diminishing return from the effects of the drug if it is ingested too frequently inside of a three to four-day span. Users who use to take the drug daily will begin to notice that it no longer causes the desired effects, and so the user will need to either take a break to allow their tolerance to decrease, or possibly use larger doses.

How to Get Help if Addicted to Shrooms or LSD

Remember, although shrooms and LSD may not technically be addicting in nature, it can lead to more serious addictions down the road, especially if the user becomes dependent on the effects the drugs can have on the body and want to find other, stronger drugs to curb their curiosity and cravings. Therefore, even if one thinks that using shrooms or LSD frequently doesn’t cause much harm, the truth is that it can still cause long-term side-effects or be the gateway to other addictions in the future. As such, getting help now for a dependence on drugs is key to preventing any serious side-effects from occurring in the future.

If you or a loved one may be addicted to shrooms or LSD, it can feel hopeless at times, and like there is no way to pull yourself out of it. But once you reach out for help, you will realize that there are a number of treatment options that may help. Reach out to a premier local treatment center that can work with you and your unique needs so that you can start building the blocks to a healthier, more fulfilling future free from drugs right now.